Horses and greed helped build Silicon Valley as we know it.

First-generation farmers Pete and Richard Burbage were the first beef producers in Great Britain to install a Lely Vector, in 2021.

As well as the suckler herd, the brothers run a large-scale contracting business and are about to launch a dairy enterprise at Oakfields Farm, near Northampton.

For them, maximising efficiency across the entire business is key.

Until 2021, feeding up during the winter housed period had been done via a tractor-drawn wagon mixer.

However, with the mixer coming to the end of its working life and continued pressure from scarce labour resource, the Burbages began to look for a replacement.

“Staffing is getting harder and harder to find,” says Pete.

“We’d seen the Vector on farms before, and we liked it, but we didn’t think we could justify it.

“We wanted to future-proof our next feeder wagon to increase longevity, but when you start looking at these highly expensive wagons, it does open your eyes to what else is out there.”

The brothers decided on Lely’s automated feeding system, at a total cost of £200,000 – which included all associated building work and installation costs.

“Robotics [now] gives us a lot more control over our time and labour,” says Richard. 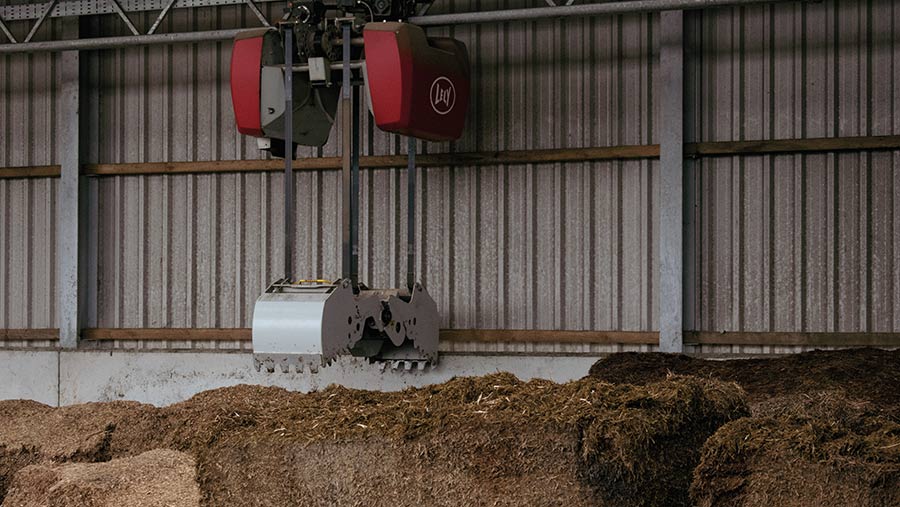 The robotic crane grab in the feed kitchen © MAG/Charlotte Cunningham

The system at Oakfields Farm comprises two stainless steel robotic mixing tubs and augers, which are guided by metal strips from a base shed to the main cattle housing.

Next to the mixing tubs is a feed “kitchen” where the feed is stored, selected and picked up via a crane system, which runs in the roof space between the kitchen and the mixing tubs. 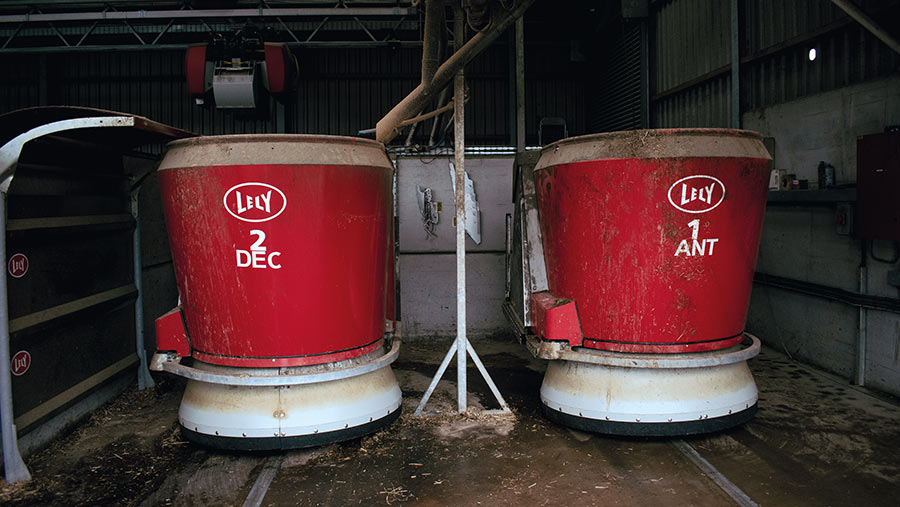 Attached to the crane is a feed grabber.

This uses laser technology to automatically select the correct block of feed or silage – depending on the mix – and the required weight for that ration, before loading it into the mixing tubs.

Once the ration is formulated, the mixing tubs set about their journey down the shed, delivering specific rations to the 12 groups of cows. 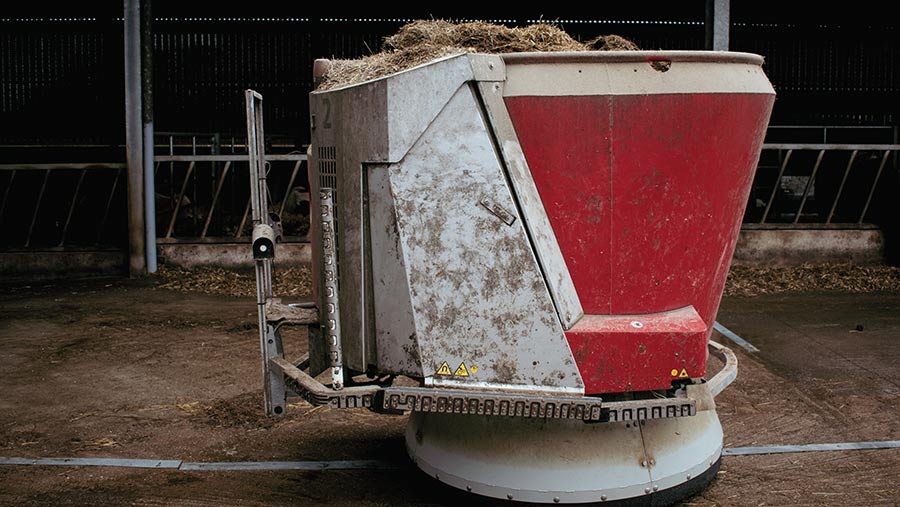 The system is claimed to have accuracy of up to 98% and can store up to 18 different rations.

Importantly, it feeds to demand, 24 hours a day. A laser scans the feed face every 60 minutes to measure how much remains on the ground and assess whether another feed is needed.

The individual rations are formulated by the farm’s nutritionist, Simon Smith, and programmed into the in-shed computer, which controls the entire process.

See a video of the robotic feeder in action.

The reduced cost of feeding out has arguably been the biggest benefit (see table “Oakfields Farm fixed costs”), largely owing to the lower labour and diesel demand of the automated system.

Pete says that even with rising electricity costs of late, it is still a more cost-effective system.

The brothers have identified a number of other advantages:

Horses and greed helped build Silicon Valley as we know it.

Global Animal Genetics Market Is Expected To Enjoy a Valuation of US$ 11.5 Billion by the End Of 2032, Reports Fact.MR – Agriculture Industry Today

Blockchain and financial markets: will computers push out brokers?

UN Secretary-General Calls for ‘A Shared Future for All Life’